According to many sources, we are going through a veritable epidemic of attentional problems in the US today. There are different opinions about why this is so. Some argue that there is no such problem, but that ADD/ADHD is being over-diagnosed. Some point to the smorgasbord of electronic devices that young people’s faces are often glued to. Others argue that it has more to do with a diet that is dominated by overly processed foods that are very high in rapidly metabolized carbohydrates. Still others would point to chronic sleep deprivation as the main culprit.
It is possible that all of these are true. Perhaps ADD is diagnosed too frequently. It certainly would appear that web surfing and video games don’t exactly contribute to one’s ability to attend to less-than-riveting stimuli. Eating lots of simple carbs with a high glycemic index can certainly contribute to attentional difficulties (this happens because after eating the carbs, the body overproduces insulin which makes you drowsy). Finally, there can be no doubt that lack of sleep, by itself, creates significant attentional problems.

I will make an argument that neurofeedback is an excellent way to approach problems with attention. In October 2012 the American Academy of Pediatrics report on Evidence-based Child and Adolescent Pyschosocial Interventions concluded that for the Attention and Hyperactivity behavioral problems, Biofeedback was a “Level 1 Best Support’ intervention, the highest level of support.” Unlike amphetamine therapy, it has no side effects either in the short- or long-term and thus may be viewed as a preferred approach.

Psychostimulants
I was always very puzzled by the fact that giving kids that had ADHD or ADD amphetamines (Adderal, Ritalin, etc.), calmed them down and promoted improved focus and attention. It seemed counter-intuitive. A kid is so hyperactive that he is bouncing off walls. So you give him speed and suddenly he’s calm and attentive. This makes sense, how?
The answer is: Because it shifts brainwave activity. It turns out that it is not very complicated. When you need to focus on something your dominant brainwave frequencies need to be higher (faster) (brainwaves are electrical signals – measured in “cycles per second” or “hertz.”) your brain needs to be able to flexibly “upshift” to faster brainwaves. People with ADD/ADHD have a harder time upshifting than other people. Psychostimulants such as Ritalin, Adderal and Dexedrine force an upshift in brainwave frequency.

It is fair to say that many people with attentional problems have brains that simply tend to idle a bit slower than others. It is almost never the case that a person cannot pay attention to anything. Most people, even those with high-end ADD, can attend to things they find interesting or exciting. Why? Same reason, excitement speeds up brainwave activity. Unfortunately, a great deal of that which we ask our children (and ourselves!) to do is fairly mundane. That is where the challenge comes in.
So let’s stay with the fatigue model. When one is tired the capacity to pay attention is reduced. When one is VERY tired, the capacity to pay attention disappears. When we are tired, our brains downshift – as if they were lobbying for sleep (“Please, go to sleep for Pete’s sake.”) This is pretty straightforward. Now, imagine that your brain often behaved as if it were tired and wanted sleep. Severe ADD is somewhat like that. Again, psychostimulants push your brain into the fast lane.

However, there are a number of disadvantages to psychostimulants. They only work when you take them. The brain does not learn how to pay attention more readily from these drugs. Also, they are not effective for everybody. In addition, they have side effects that are for some, a problem. These include, increased anxiety/jitteriness, sleep disturbance, appetite suppression and growth inhibition. The last is remedied by periodically going off the PS (in the summer, for example). There are not many longitudinal studies that have investigated problems connected to long-term psychostimulant use. It is prevailing opinion that they are safe in the short-term. There is no consensus among researchers about long-term use of these drugs. Many people, I believe justifiably so, are leery about giving their children or themselves psychostimulants for many years.

The Neurofeedback Difference
Essentially, what we are training with neurofeedback is increased flexibility. What this means, in terms of attention, is that it provides the brain with increased capacity to upshift when necessary (for increased focus and attention) and downshift that is desirable (for relaxation and sleep). Unlike amphetamines, it teaches your brain how to shift more readily, rather than using a brute force method to make your brain idle faster.
Using neurofeedback to train the brain is a non-intrusive, holistic approach to helping Central Nervous System function. It is non-intrusive because the only thing that happens during training is that the brain is provided with information (feedback) about its electrical activity. Our brains readily make use of this information to better self-regulate. This is a training model, not a treatment model. It is holistic, because it has a general action of better self-regulation. We don’t use specific “protocols” for a given problem. In my experience with better self-regulation we observe improved focus and attention, improved sleep, improved mood, decreased reactivity and improved performance. 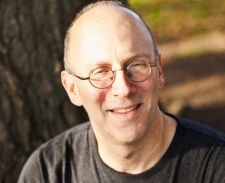